Some days are generous, magnanimous in their gifts of beauty.  We spent last Sunday in Los Angeles at the Getty Center for the amazing show of Turners on loan from the Tate,  Painting Set Free.  The sweep, majesty, and freedom of expression in this exhibit was exhilarating. No photos were allowed, but we did do a little portrait by a poster, below. 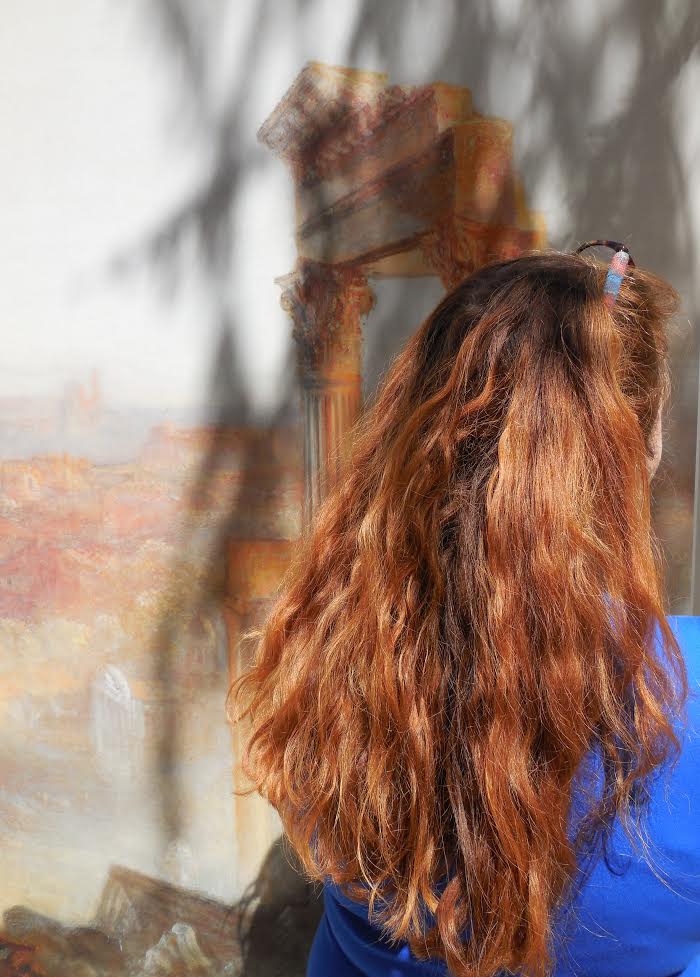 The exhibit was an entire education in painting. I was surprised to find many late Turners with overtly mythical themes. I was more used to seeing Turner as a sort of visual journalist:  the steam train, the fire, the storm, and so on. The allegorical paintings were fantasies constructed from elements of his imagination rather than “real” landscapes, closer to Claude Lorrain’s beautiful, improbable visions, and often were linked to lines of epic poetry he was reading.  Because they weren’t “real,” you could see how he played with  his favorite elements….. the black smudge tree, a centrifugal swirl,  the blue rectangle mountain. The landscape was never literal and the gods very subtle;  the Zeus and Europa painting had no bull and barely a maiden. It’s no news that Turner, when unrestrained, condensed many motifs down to a beautiful abstraction.

We both enjoyed the Sample Studies,watercolors he did as prototypes for larger pieces to be painted for patrons to order.  You’d choose the one you liked best and he’d do it on up for you.

Any painting could grow and change organically at any point. At times he submitted extremely rough paintings to the Academy and literally finished them on Varnishing Day. I enjoyed details I  had never seen before: his animals, the characteristic smudge of a foreground tree, a focal point exactly at the center of composition. The whole effect of Turner after Turner was breathtaking. We gawked like the flamingos we had seen at the Los Angeles Zoo the day before. 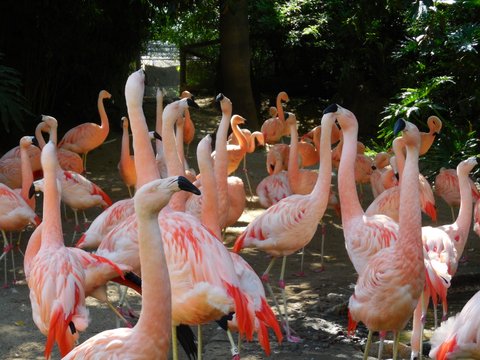 The Getty Center has a Sketching Room where, in the manner of old, one can copy masterpieces. You’re provided with a drawing bench, a board, and materials. I wish they had more variety, but I chose The Allegory of Magnaminity by Giordano. People wandered in. It seems the general museum public is shocked and amazed at the actual making of a sketch in a museum by normal people. There were 10 drawing stations and they were all full. We sketchers became the exhibit!

I used the conte and charcoal, then watercolor from my travel kit.

We ended up at the Armand Hammer Museum of UCLA. It’s an often-missed contemporary art museum that was a knockout. Nestled in Westwood, it has an intimate feeling. Both museums were free, another treat. Charles Gaines: Gridwork 1974-1989 was an interesting conceptual show. We were lucky enough to catch the artist in person giving a talk. In my own words, his work is based on playing with and revealing various systems of interpreting visual information. The data that comprised “tree” could be translated by assigning numerical or other values into a grid, a musical notation, or a graph. All of our perceptions are based on a sensory translation of information. He makes his alternate translation visible.

3 thoughts on “Turner at the Getty Center, Sketching, and Other L.A. Adventures”